How Bicycle Friendly is Atlanta 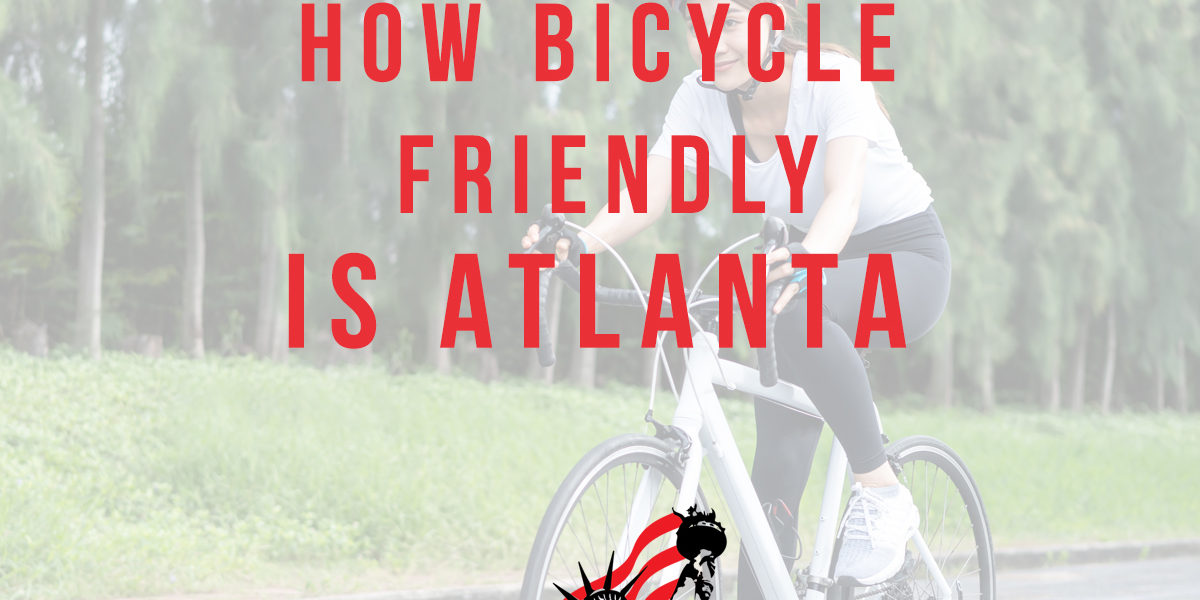 How Bicycle Friendly is Atlanta

A study conducted by EducatedDriver.org revealed that the city of Atlanta has the most expensive workers commute over their lifetime. It has been found that commuters spend an average of over $175,000 over their 45-year career, which is several thousand dollars more than an average American. The city also ranks 4th on the list of the worst in commute times, and more importantly, 9th worst in the whole world. With such drastic numbers and downward graph with respect to its transportation and the associated costs, Atlanta is one city that requires a strong and efficient change in its mobility system.

With Atlanta having a growing resident population, the city is becoming more and more bicycle friendly, in addition to a wide range of other mobility options. The implementation of new technologies, bike trails, and development of the necessary infrastructure have most certainly transformed the way the city’s people move around. Over the years, various changes have been introduced in the city’s transportation plan to accommodate the needs of more people who prefer biking as their primary means of accessing the city.

In the year 2018, the city of Atlanta was named a Bicycle Friendly Community at the Bronze level by The League of American Bicyclists. The League reviews all applicant cities based on different important criteria, such as safety, ridership, enforcement, education, and more. The League also offered the city recommendations to make it more bicycle friendly and improve its ranking, like expanding the overall bike network, educating people on bike safety, and more, which the city has been working on since.

The same year, Atlanta was ranked #42 on the list of the Best Bicycling City in the US by the Bicycling Magazine. In this case, cities were ranked based on four categories – culture, energy, friendliness, and safety. The city was recognized for its increasing interest and attention toward developing its bike infrastructure.

The term bike infrastructure refers to the different facilities made available in the city for bike riders. From creating exclusive bicycle tracks and bike lanes in parks like Piedmont Park and Glenwood Park, to creating multi-use paths, buffered bike lanes, uphill bike lanes, etc. in several areas around the city, the city has been making safe and efficient developments to become more bicycle friendly. Many new bicycle lanes, multi-use pathways, buffered bike lanes, etc. are also being created in newer localities.

All the above data and information show that Atlanta is continuing to develop as a bicycle friendly city, and with constant improvements being made all around the city to make it safe for bicyclists, you can expect it to only get better on what it has to offer for bikers.

READY TO GET STARTED?

3 Ways Packers and Movers De-stress Your Move to a New Place
October 25, 2022

3 Roles of Professional Packers and Movers in Canton, GA
October 21, 2022

Corporate Moving Service in Atlanta, GA: What You Should Look For
September 27, 2022

Why You Should Hire Professional Packers in Alpharetta, GA for House Relocation
September 21, 2022